The works in Homeland challenge the traditional understanding of landscape as a medium that imposes rationality and subjectivity on a vision of nature. From two distinct perspectives, Homeland twists the basic visual language of the landscape. Incorporating mystical imagery and scenes from memory, the works are filled with historical tension and traces of anxiety.

Both artists examine the repercussions of Manifest Destiny, a belief that ultimately drove this nation from coast to coast in the 19th century and saw expansion, conquest and consumption as virtues of American progress.

Bird's exquisite and surreal landscape watercolors and paintings suggest the darker undertones of this quest; they are filled with the detritus of our history. "Borrowing from the language of billboards, picture postcards, historical photos and the Hudson River School paintings, the works invoke nostalgia, suggesting how traumatic events become palatable once they are situated in the past," Bird says.

In Judd's oil paintings and collages, various scenes - a horse, a lone diver, a winter view of the Columbia River - are framed by mapping lines and grids. The works draw attention to lost, residual moments through traditional tools of measurement and perspective.

From a crackle plate to candelabra, these are the landscapes of the shadow of history, scenes recording the breakdown of narrative, irrational behavior, and a civilization reduced to the undifferentiated material from which it is composed.

Raised in Salt Lake City, Utah, Tom Judd now lives and works in Philadelphia. The great-grandchild of the famous Mormon president Heber J. Grant, Judd is not an active church member, but remains deeply informed by the landscape of his youth in Utah and the West. His work is in the collection of the Philadelphia Museum of Art, the Philadelphia Academy of Art and in numerous university and private collections. Judd has been the recipient of the Tandem Press Fellowship Residency, the Millay Colony Fellowship, the MacDowell Colony Fellowship and the Pollock Krasner Grant.

Rebecca Bird is a watercolor, print and animation artist. She was born in Washington State. Bird received her BFA from Cooper Union in 2000. The recipient of a Fulbright scholarship to Japan in 2001, Rebecca then studied at Kanazawa College of Art and Craft in Ishikawa. Her works are in private and public collections in the US and abroad, including the Museum of Modern Art in New York. She has been awarded residencies at the Vermont Studio Center as well as the Lower East Side Printshop Keyholder Residency. Her work has been reviewed positively in Whitewall magazine, ArtSlant and the New York Times. 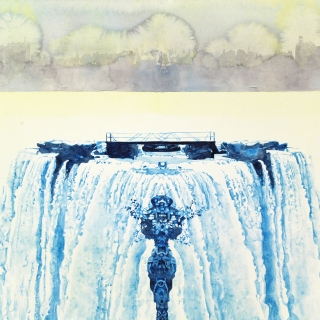 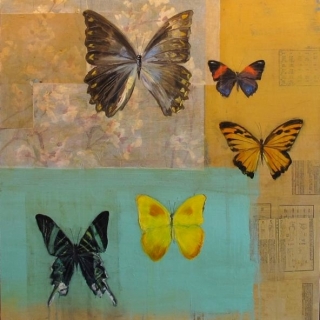