Moments in a Stream: An Afterimage of Park Avenue

William Holman Gallery is pleased to present Moments in a Stream: An Afterimage of Park Avenue, an exhibition of steel sculpture by Ewerdt Hilgemann.  The exhibition coincides with the display of seven of Hilgemann's monumental “implosion” sculptures along Park Avenue, ranging in size from 8 to 20 feet in height.

Moments in a Stream will present models of the seven Park Avenue sculptures, alongside several brand new steel implosions.  The German artist developed his implosion method in the early 1980s and was strongly influenced by ZERO movement,a German artist group that is the subject of the Guggenheim's current exhibition Countdown to Tomorrow: The International ZERO Network.. Hilgemann’s process begins by fabricating perfect, geometrically pure steel forms, of either stainless steel or more recently corten steel, such as Triplet I.

The forms are welded and often polished to satin gloss. Using a vacuum pump, Hilgemann then draws air out of the steel forms, creating an internal atmospheric pressure that collapses the steel into lyrical, dancing shapes. The resulting sculptures are a combination of planning and chance, possessing unique and unexpected qualities, which renders steel as a surprisingly delicate medium.

The exhibition will also feature several large scale photographs of the Park Avenue sculptures printed on metallized paper by German artist Clara von Aich. The photographs capture the sculptures relationship to their setting - reflecting the nocturnal lights of the city, surrounded by bicyclists, or glinting with the silhouettes of nearby buildings.

The Guggenheim's Countdown to Tomorrow: The International ZERO Network, 1950s-60s is the first large-scale survey in the United States dedicated to the history of the group ZERO who were active in the late 50s and 60s. As a student of Oskar Holweck (1924 - 2007), one of the early co-founders of Zero, Hilgemann was strongly influenced by the group’s interest with movement and light as artistic media.

Ewerdt Hilgemann (1938) was born in Witten, Germany and after briefly studying at the Westfälische Wilhelms-University in Münster, he attended Werkkunstschule and the University of Saarland in Saarbrücken. In the 1960s he had residencies at Kätelhöhn Printers in Wamel, Asterstein in Koblenz and Halfmannshof in Gelsenkirchen, Western Germany, and started to exhibit his work across Europe before moving to Gorinchem, the Netherlands in 1970. From 1977 to 1998 Hilgemann taught Concept Development at the Sculpture Department of Willem de Kooning Academy in Rotterdam. 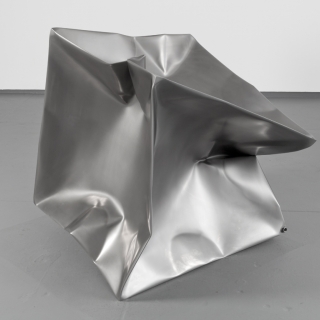 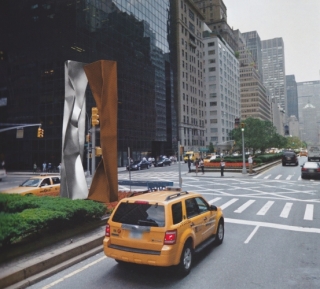