William Holman Gallery is pleased to present the first solo exhibition with the gallery of Brazilian artist Liene Bosquê, featuring both sculptures and installations. Bosquê explores a range of memories that are evoked by historical images, architecture and constructed real and fictional urban environments. Using a variety of materials - plaster, cement, porcelain, hundreds of miniature models; and, latex  – Bosquê works both with large scale pieces and in miniature formats that allude to architectural shapes and traces of old structures, as well as cityscapes, usually inspired by the various miniature souvenir of monuments and buildings she collects on her travels.

Fascinated by the personal meaning that human beings attach to physical places and objects during their daily lives, in Dismissed Traces, Bosquê presents relieves, casts and impressions of actual architectural elements that she visited or sought to find during her journeys. In doing so, the artist attempts to recontextualize the history of such places as renewed spatial experiences that reflects not only her own memory but also the collective memories about these places.

Remnants of buildings or buildings that have been significantly altered with the passing of time raise curiosities and questions about what exactly is the community’s remembrance. These issues are of particular interest to Liene Bosquê. In her practice, she begins by researching fragments of architecture, which she carefully records in a mold making process and finally recomposes it in a three dimensional form. With this procedure Bosquê updates the passage of time through her personal narration of architectural history.

Interested in the historical and renewed urban landscapes of New York and Syracuse, NY, Bosquê captures architectural details of buildings and sites that are under threat of disappearing, reinterpreting urban history through plaster bricks and latex impressions of a decaying wall. The artist has also made hundreds of transfer porcelain plates featuring images from buildings that would have been demolished across Grand Street and the Lower East Side if Robert Moses’ plans to construct the Lower Manhattan Expressway had been realized. The plate’s installation is a commemoration of the cancelled expressway plans because of the opposition of the community led by the urban activist Jane Jacobs.

In Castelo Plan (2013) she builds up a miniature city entirely out of souvenirs reproductions of the new One World Trade Center skyscraper at Ground Zero.  The allusion to the New York skyline in not accidental, on the contrary, it charges each building in the city with a historical significance. In other words, each one resembles a monument loaded with feelings of pain, reconstruction, hope and remembrance.

In Amez Church (2014) Bosquê creates three latex impressions from the brick walls of the oldest standing African-American church in Syracuse, located in a demolished district of the city. The artist uses these latex panels as visual symbols of the preservation of memory of these crumbling sites.

In Bosquê’s work particular importance is also assigned to the souvenirs of memorials and buildings, which, in their many variations, are nowadays commonly considered as portable curiosities inextricably linked to a travelers personal memories and the feeling of nostalgia associated with a specific journey.

Concurrently with the exhibition Dismissed Traces at William Holman Gallery Liene Bosquê will also be participating in the upcoming show Greater New York: 2015 at MoMa PS1 in Queens, from October 11, 2015 through March 7, 2016. Additionally she is also exhibiting at the Peekskill Project 6 in upstate NY through December 31, 2015.

Born in São Paulo, Brazil, Liene Bosquê is a visual artist based in New York City. She received an MFA from the School of the Art Institute of Chicago in 2011, and a BFA from UNESP,São Paulo, as well as a BA in Architecture and Urbanism from the Mackenzie University in 2004. In addition to participating at Workspace Lower Manhattan Cultural Council (LMCC) in New York and other artist residencies around the country, Bosquê has exhibited her work in national and international venues including: Museum of Contemporary Photography in Chicago, Elmhurst Art Museum in Illinois, Cuchifritos Gallery in New York, Carpe Diem in Lisbon, Museu de Arte de Ribeirão Preto in Sao Paulo, and other galleries and public spaces in Portugal, Brazil, Turkey, and United States.

Please join us for the artists opening reception on Wednesday, October 14 from 6 – 8 p.m. 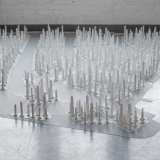 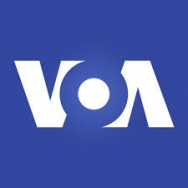 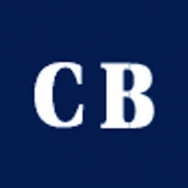